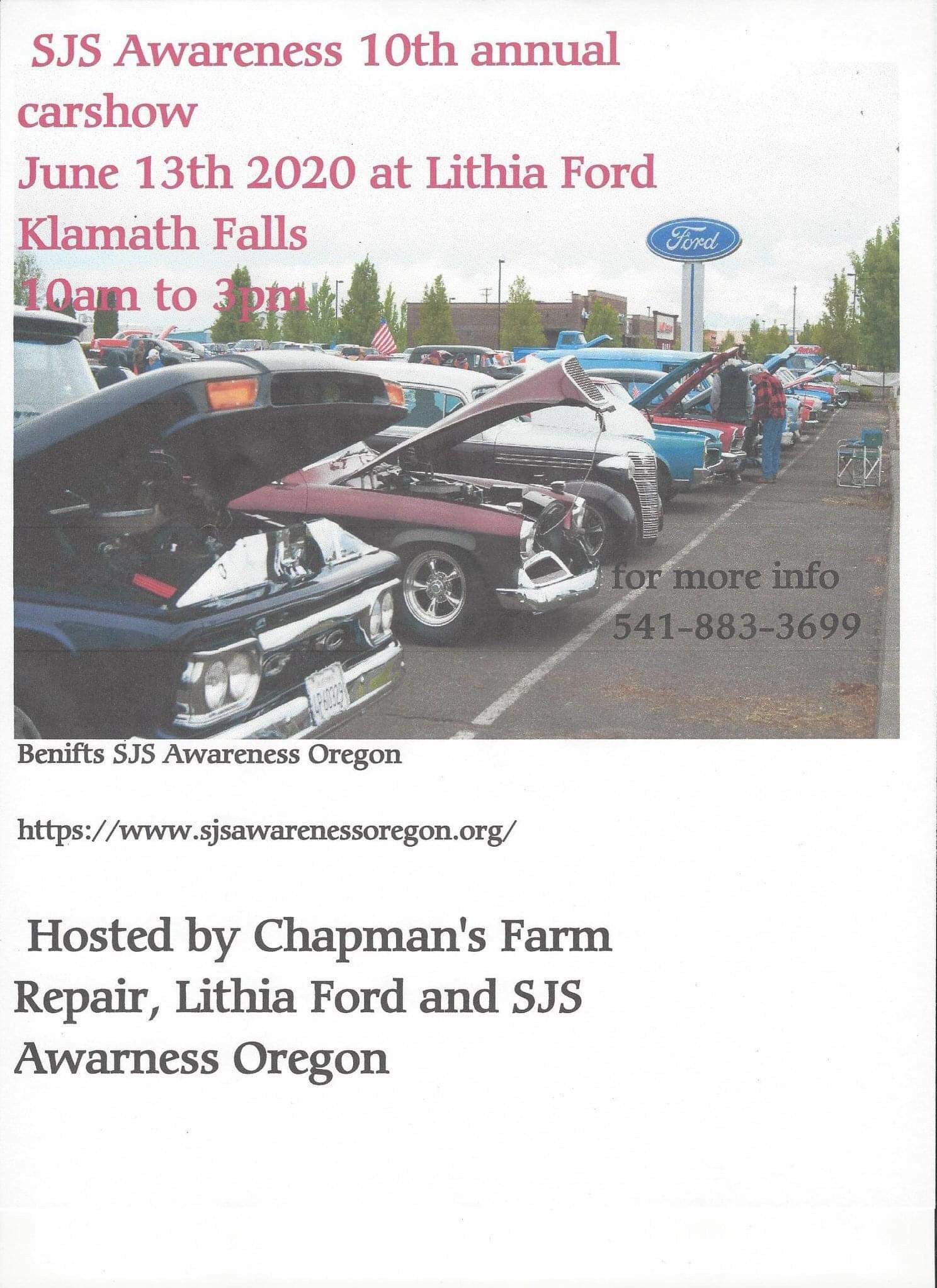 SJS Awareness Oregon was formed in hope of creating more awareness about Stevens Johnson Syndrome to the people of Klamath Falls, Oregon and the surrounding areas. The group is in honor of Nicole Chapman. She was diagnosed with SJS/Tens in 1993 at the age of six years old from an unknown cause. She was hospitalized in Klamath Falls, Oregon then flown to Portland, Oregon where she spent the next 21 days in the burn unit. She deals with numerous side effects. Nicole has had over 38 surgeries since she was first diagnosed with the syndrome. Stevens Johnson Syndrome is a severe reaction to a medication.

2020 will be the tenth year of the sjs Awareness car show. In 2019 we were invited to a sis conference in Vancouver Canada by Vanderbilt University. There was around 200 people there doctors, researchers, fda and patients and families, Nicole spoke on her experience of having sjs.

When POSTPONED UNTIL JUNE 13th