“31 Seasons” at the Ross Ragland 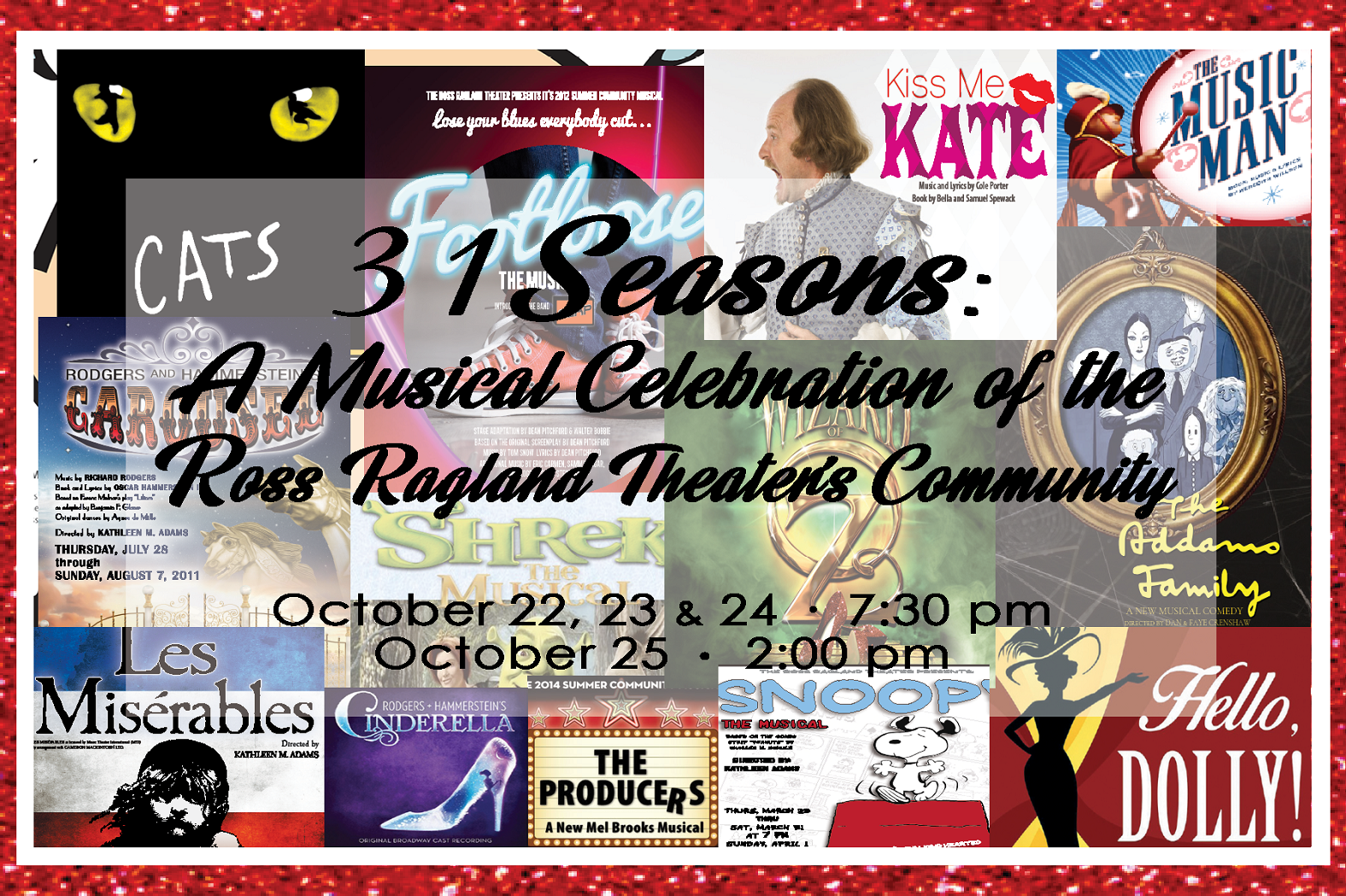 “31 Seasons” is a musical revue concert, celebrating the shows that the Ross Ragland Theater has produced as community productions since its launch, in March of 1989, with its first production of The Music Man. This monumentally talented cast of 10 will perform songs and medleys from over 30 different Broadway shows that have been performed by local talent on the Ragland stage over the years. Ragland regulars will hear nostalgic favorites, such as the wistful “On the Street Where You Live”, from My Fair Lady, and a lovely, haunting a cappella rendition of The Wizard of Oz’s “Over the Rainbow”, as well as many songs you didn’t know you knew, such as the comical bantering of “How Can Love Survive”, from The Sound of Music, and the whimsically charming duet, “Agony”, from Into the Woods. The cast is comprised of both veterans and newcomers to the Ross Ragland’s community of performers: Shelley Andersen, Rebekah Beger, Isaac Elkins, Shaleen Holbrook, Nathalie Reid, Sabrina Steward, Dana Wirth, director Ryan Michael Adams, and unbelievably multitalented pianists and vocalists Dan Crenshaw and Suzanne Stewart. Come celebrate the Ross Ragland Theater, its community of talent, and it’s loyal and gracious audiences through the years.