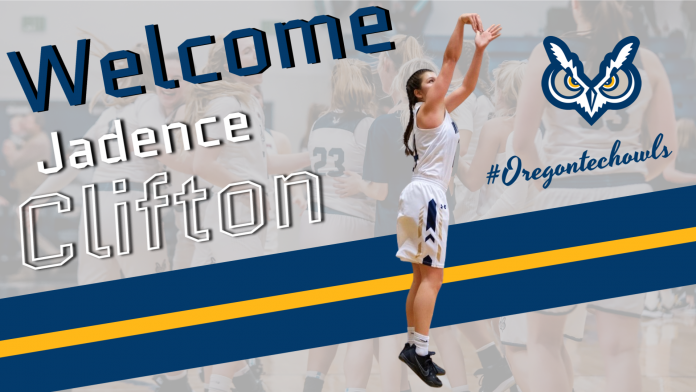 A 5-7 guard, Clifton hails from Del Norte High School in Crescent City, California. She earned recognition as a 3-time first-team Humboldt-Del Norte League Big 5 Conference selection and in 2018-19 led the Warriors to their first-ever state playoff appearance and the North Coast Section championship game for Coach Justin Clifton’s Warriors who finished with a perfect 8-0 record in league play and 24-4 overall.

As a junior, Clifton averaged 25.5 points, 11.3 rebounds and 3.3 assists per game while shooting 54% from the floor and 73% from the free throw line. Her 25.5 points per game led the North Coast Section and placed her among the top 10 scorers in the state of California. In 3 high school seasons, she amassed 1,463 points, just 12 shy of the all-time Del Norte High School record. For her efforts, she earned H-DNL Big 5 conference Co-MVP and was named as a “Top 100 Player” in all of Northern California while leading her team back to the post-season.

“Jadence is a creative scorer and an outstanding overall basketball player,” stated Meredith. “She’s a great shooter, but can put the ball in the basket in a variety of ways. She has some of the best offensive moves I’ve seen coming from a player out of high school and is a very tough one-on-one matchup. While the 25.5 points per game certainly stands out, I’m really impressed with her 11.3 rebounds per game. That indicates a high level of conditioning, anticipation and toughness coming from a guard position. Her 3.3 assists per game says something for her vision, selflessness and passing skills as well. A hard worker off the court, we are really excited about Jadence joining us and know our fans will enjoy watching her play the next 4 years. She is part of one of the most highly decorated incoming freshman classes we have had at Oregon Tech and we are all excited about the future of Lady Owl Basketball.”

Jadence is the daughter of Justin Clifton and Kim Bommelyn of Crescent City, California. She will be wearing number 35 for the Lady Owls next season. 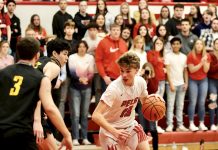