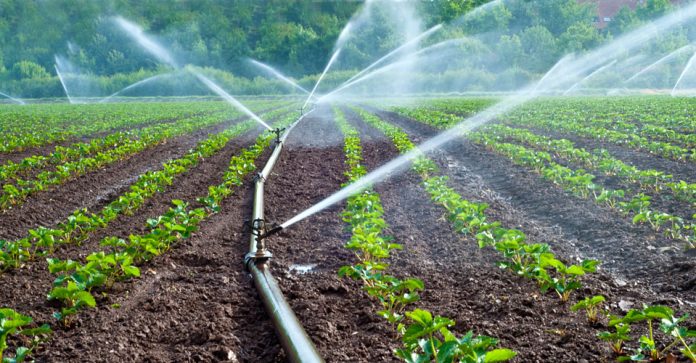 On January 1, power costs for irrigators in the Klamath and Lost River Basins in Oregon will drop by 3.5 percent, according to Klamath Water Users Association (KWUA). The reduction is welcome, especially given that Pacific Power had requested last February that the Oregon Public Utility Commission (OPUC) approve a ten percent increase in base rates for irrigation. KWUA intervened in the OPUC proceeding to oppose the increase, and the OPUC issued its decision last week. “We are very pleased with this outcome,” said KWUA Power Committee Chairman Ben DuVal. “It’s beneficial for irrigators and districts throughout the Klamath Project, and for our neighbors outside the Project in as well.” Investor-owned utilities such as Pacific Power may only charge rates that have been approved by the OPUC.

A utility proposing to change its rates typically submits the proposed new rates to the OPUC, and parties supporting or opposing the change are allowed to participate in the resulting rate case. Pacific Power’s last general rate case prior to this year was in 2013, where it obtained approval for a rate structure that has remained in effect since that time. About one-half of Pacific Power’s retail irrigation customers in Oregon are in the Klamath Basin, and only some of those are represented by KWUA’s membership. KWUA found the rate case too important not to become engaged. It also partnered with the Oregon Farm Bureau Federation, which is interested in protecting Pacific Power’s irrigation customers in other parts of the state.

According to DuVal, most of the disputed issues of special concern to irrigators were resolved through the negotiation of two separate rate stipulation agreements, and the OPUC approved these agreements in its order issued last week. Other disputed issues went to a hearing and were resolved in the order as well. “We appreciate Pacific Power’s constructive approach to negotiation and settlement,” he said. “We were able to resolve irrigators’ most important issues efficiently and costeffectively.” Under the OPUC ruling, there will be an increase in base rates and adjustment schedules of less than one-half of one percent, which contrasts favorably with the ten percent increase that had been proposed in February. Also, due to an annual adjustment factor, the net cost of power for irrigation will actually decrease on January 1, 2021, by 3.5 %. “Customers are getting economic benefit from smart investments that Pacific Power has made in meeting its renewable energy requirements in the state of Oregon,” noted DuVal.

Two years ago, the United States Congress passed legislation advocated by KWUA that required the Bureau of Reclamation to complete reports that both evaluated Klamath Basin irrigation power costs relative to other areas of the Pacific Northwest and provided a plan to bring costs down. The reports have been completed but not yet submitted to Congress as required by the legislation. DuVal said that active participation in OPUC proceedings is but one of the recommendations from the reports that KWUA hopes to implement.