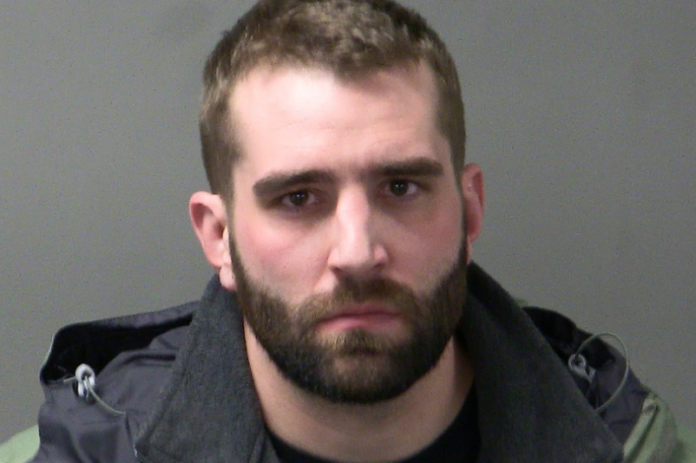 On Friday, November 27, 2020 at 3:58pm, Detective Thomas Reif with the Klamath Falls Police Department was on-duty and involved in a vehicle collision at S. 6th Street and Crater Lake Parkway.  At the time of the collision, Det. Reif was operating an unmarked detective vehicle.  Medics arriving on scene found Det. Reif unresponsive and not breathing.  Det. Reif was rushed to the Sky Lakes Medical Center for treatment.  We are thankful that no other injuries were reported at the collision.  The Klamath Falls Police Department requested Oregon State Police conduct an investigation into the collision.

Over the weekend, probable cause was developed to believe Det. Reif was operating a vehicle while under the influence of an intoxicant.  The Klamath Falls Police Department complies with policing best practices and is an accredited law enforcement agency through the Oregon Accreditation Alliance.  We greatly value the trust our community places in us as we uphold our duties to protect and serve.  We do not take public trust lightly, and hold officers to the highest ethical standards.

On Tuesday, December 1, 2020, Det. Reif was advised of the conclusions of the Internal Affairs Investigation and the pending employment termination. Det. Reif resigned his employment at that time.

On Tuesday, December 15, 2020, Mr. Reif turned himself in to the Klamath County Jail related to probable cause developed by Oregon State Police during the criminal investigation.  The criminal investigation by Oregon State Police is ongoing and the Klamath Falls Police Department continues to work closely with Oregon State Police to provide them with additional information and evidence.  The Department of Safety Standards and Training (DPSST) has also initiated a professional standards case to determine if Mr. Reif continues to meet the minimum standards for certification as a police officer in Oregon.  Klamath Falls Police Department anticipates working closely with DPSST to provide them information needed for their case.

We are deeply embarrassed and disappointed with Mr. Reif’s misconduct.  The Klamath Falls Police Department does not condone this type of behavior or misconduct by any law enforcement officer.  We will continue to hold each other accountable to the highest ethical standards without exception.