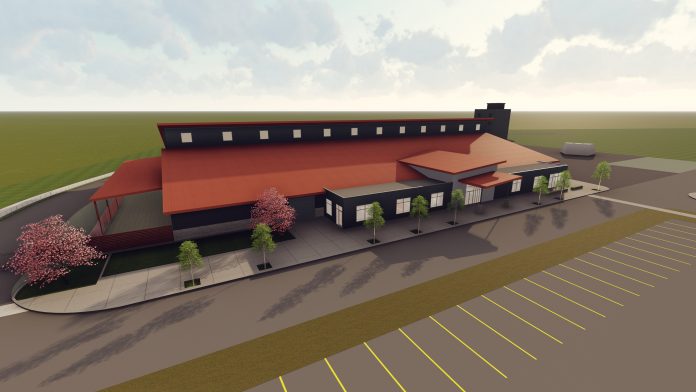 KLAMATH FALLS — Klamath Community College is pleased to announce it has received a generous $100,000  donation from former Hewlett-Packard president, John Young, to help fund construction of an Apprenticeship  Center that will house apprenticeship and training facilities for skilled trades at KCC.

John, former president and CEO of the Hewlett-Packard Co., grew up in Klamath Falls. His father, Lloyd “Lube”  Young, was a supervising electrician at East Side Electric in the 1940s, 50s and 60s. John worked as an apprentice  electrician during breaks from school, before graduating with a degree in electrical engineering from Oregon State  University. Jim Pinniger, founder and owner of Precision Homes, was a college roommate and lifelong friend. These  experiences gave John a deep appreciation for the importance of the trades. John noted that he wholeheartedly  supports the efforts KCC is making to train a new generation of skilled trade workers.

“Providing opportunities for professional training and apprenticeships for today’s people to acquire the  increasingly complex capabilities needed to do these skilled crafts is becoming more and more important,” John said.  “The union-based training infrastructure that was in place when I was younger doesn’t exist anymore, and it’s up to  institutions like KCC to provide training and opportunity for today’s trades workers.”

The 35,000-square-foot Apprenticeship Center will span five acres, and include nearly 12,000 square feet of  hands-on training space for students enrolled in industrial trades and apprenticeship programs such as electrical,  plumbing, millwright, pipefitter, and machinist. The center will also include a fire training academy. Students enrolled  in fire sciences and emergency medical operations programs will have a 3,200-square-foot fire training academy for  wildland and structural fire instruction.

As part of the donation, John will name the Apprenticeship Center Industry and Construction Flex Lab in honor  of Jim and Jean Pinniger. Jean has been a lifelong advocate for the Klamath Falls community and currently serves as a  member of the KCC Foundation.

“The contributions to our community from Jim and Jean, and now John Young, are legacy gifts that are directly  connected to developing human potential and will allow our community to grow and support generations of healthy  families in Klamath Falls,” said KCC President Dr. Roberto Gutierrez.

“John’s contribution to the center is an important step in bringing the Apprenticeship Center to life. The early

Although John did not follow in his father’s footsteps and become an electrician, he did have a career related to  industrial trades. In addition to serving in several roles at Hewlett-Packard, John became a director at Chevron,  Glaxo Smith Kline, Wells Fargo, and many small companies in the San Francisco Bay area.  John also chaired President Ronald Reagan’s Commission on Industrial Competitiveness and served as a chair of  President Clinton’s Committee of Advisors on Science and Technology from 1993 to 2000.  “After spending a lifetime working in career fields related to the trades, I am happy to help provide a way for  new generations of trades professionals to contribute their talent and skill to our industries,” John said. “I am very  interested in supporting the things that are going on at KCC.”