KLAMATH FALLS, Ore – The day after Oregon Governor Kate Brown issued her 2-week ‘freeze’, the University of Oregon Women’s basketball program released its schedule. They are exempt from the shutdown.

“The Two-Week Freeze does not apply to or change current health and safety protocols for… current Division 1 and professional athletics exemptions, and higher education.” This is straight from a press release from the Governor’s office.

This specifically leaves Oregon Tech athletics in the dust. Tech has already had to push back the start of their season to January 8th. It begs the question, why are OIT and all of the other non-Division 1 programs in the state being stopped?

“Our student-athletes are college athletes like the ones at Oregon, Oregon State, Portland, and Portland State. If it is safe for them to participate then why not us?” asked Lady Owls head coach Scott Meredith.

He raises a good point. We know that the coronavirus does not stop at the door to Matt Knight Arena in Eugene or the Chiles Center in Portland. This virus does not discriminate. The goal has been making a safe plan to return to play and the administration at OIT feels they have created a safe environment for their student-athletes.

“For basketball, we have already started doing a test once a week. Our test is better than the Pac 12 test,” said Oregon Tech athletic director John Van Dyke.

As it turns out, this is not pushing the ball downfield with the Oregon Health Authority. The 30-page plan has been sitting on their desk for some time but the OHA is understandably slow to respond.

“The OHA’s response has been ‘we know you’re important but COVID is spiking and we have wildfires. It is not a priority for us right now.’ So right now we are in a holding pattern.” Van Dyke explained.

The Oregon Health authority definitely has bigger fish to fry than Oregon Tech basketball getting to play this season. But it does seem like they are being a little bit selective doesn’t it?

Of course, they would have to review not only the Cascade Collegiate Conference’s plan but also the GNAC and the NWAC plans as well. There needs to be equity among all of these conferences with how they are treated but right now they are getting radio silence.

“In simple terms, it’s not fair. We want a chance. At the same time, I am not ignorant enough to [not] know the severity of what is going on.” men’s basketball coach Justin Parnell said.

It seems like the program is on the same page which is a good sign. We need unity to move forward and the message is clear: We are ready to play when you let us.

But the Owls are against the clock.

“If we are not allowed to play by January 8th, the rest of the conference will have a schedule. They are not waiting for Oregon schools anymore.” Van Dyke stated.

Realistically, the OHA has no reason to deny Oregon Tech’s plan to return to play based on its merit. Arguably the student-athletes would be safer within the confines of their program as well. Tech’s basketball teams have had 0 positive cases in the last eight weeks, which backs up the claim of safety within the program.

The only remaining box to be checked requires a pen from the Governor, and who knows when that might come. 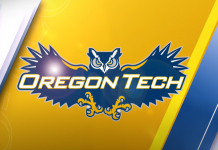