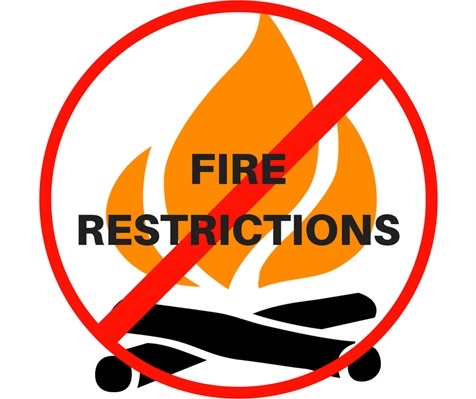 CHILOQUIN, Ore. – The closure order for the Two Four Two Fire on the Chiloquin Ranger District of the Fremont-Winema National Forest was updated this morning, reducing the overall size of the closure area.

Williamson River Campground and Oux Kaneee Overlook are both open as a result.  Spring Creek Day Use Area remains closed.

The current closure extends from the forest boundary on the west near State Highway 62 east to the Forest Boundary near U.S. Highway 97, then east to include approximately 1 square mile north of Collier Memorial State Park, and then continuing northeasterly along Forest Roads 9700-400 and 9732.

On the north end, the closure is approximately a half mile south of Sun Mountain State Forest and then follows the Forest Boundary east to Forest Road 6210 before turning south along a tributary of Spring Creek.  The southern portion of the closure area follows the National Forest System lands north of Steiger Butte and State Highway 422 north.

Forest Road 9730 remains open and passes through the closure area between U.S. Highway 97 and Williamson River Campground.  All other roads and trails within the closure area remain closed.

There are numerous hazards within the closure area, including standing dead trees weakened by fire, unstable soils and ongoing pockets of interior burning.

Smoke will be visible within the fire perimeter until winter snows.  Fine soils picked up by winds in areas where ground cover was completely burned by the fire may become visible and mimic smoke columns at times.

As fall and winter storms move into the area, winds are expected to blow down many dead and fire-damaged trees, making the area more dangerous during those weather events.

Firefighters and resource specialists are continuing to work in the Two Four Two Fire area on suppression and repair activities, removing hazard trees and resource restoration.

The Forest is still under Public Use Restrictions and in the extreme fire danger category.  There is no estimate of when they may be lifted.

Conditions are unusually dry and there are continued unseasonably warm temperatures, low humidity and precipitation in the forecast is light and scattered.  Those recreating in the forest are asked to comply with current fire restrictions, which includes limiting campfires to fire-rings in approved sites.

The public is urged to use caution with anything that can throw a spark and to strongly consider whether a campfire is necessary, including in the approved sites.  If there is a campfire, please don’t leave it unattended and make sure it is drowned, dead-out and cold to the touch before leaving.

All closure orders can be found on the Fremont-Winema National Forest website at www.fs.usda.gov/fremont-winema under “Alerts and Notices”.