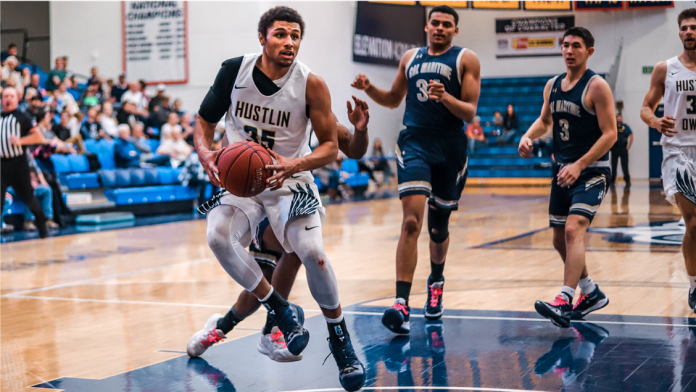 “The Cascade Conference is going to be an absolute monster of a 22 game schedule this year,” said head coach Justin Parnell. “With four of the teams from last year (LCSC, COI, OIT and SOU) finishing Top 10 nationally, we believe without a doubt that the league is as good as it’s ever been. We’re really proud of the way our guys handled the spring/summer season by staying in great shape and are approaching this unique fall with a lot of maturity. We again have a lot of depth and I think our transition speed is as good as it’s ever been,” commented Parnell. “We have a lot of experience at virtually every position but the point guard, but with that said, we are really confident in our young guys and their ability to run lead in our offense.”

Lewis-Clark State picked up seven first-place votes and 139 points in today’s poll. They finished last year with a 29-3 record, a regular-season conference championship, a conference tournament trophy, and a trip to the NAIA National Championship Tournament – which was unfortunately canceled due to the coronavirus. LC State is led by NABC Coach of the Year Austin Johnson and returns a solid group from last year.

Last year in the CCC, College of Idaho was on fire heading into the national tournament and picked up its 25th-straight victory in the first round before the tournament was canceled. The No. 1-ranked Coyotes finished the year with a 31-3 overall record and picked up four first-place votes in the preseason poll (134 points) after making history as the first team in CCC history to go undefeated in conference play. C of I won the regular and tournament championships.

Oregon Tech grabbed 118 points to sit in the No. 3 spot on the poll, also advancing to the national tournament last year as a No.2 seed after picking up the second automatic qualifier for the CCC with a visit to the conference tournament championship game. Southern Oregon University is just behind the Owls, with 104 points to sit in fourth.

Bushnell University – which picked up one first-place vote – and Eastern Oregon University tied for fifth place, each with 87 points, while Northwest University sits in sixth with 71 points. Warner Pacific University (61 points), Corban University (55 points) and Multnomah University (35 points) round out the top-10, while Walla Walla University (28 points) and The Evergreen State College (14 points) closed out the poll.

CCC teams are only allowed two non-conference schedule games and two exhibition games in the preseason this year. The Owls will open the 2020-21 campaign at Southern Oregon University in Ashland on Tuesday, November 17 and then turnaround and host the Raiders on Saturday, November 21st at Danny Miles Court. Both games are scheduled for 7:30 pm starts. All Oregon Tech home games can be heard locally on 104.3 FM and AM 960 with Bobby Thompson, Cooper Roberts and Mike Garrard on the call. Away game broadcasts and fan attendance will be guided by local and state COVID-19 protocol. 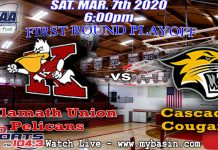