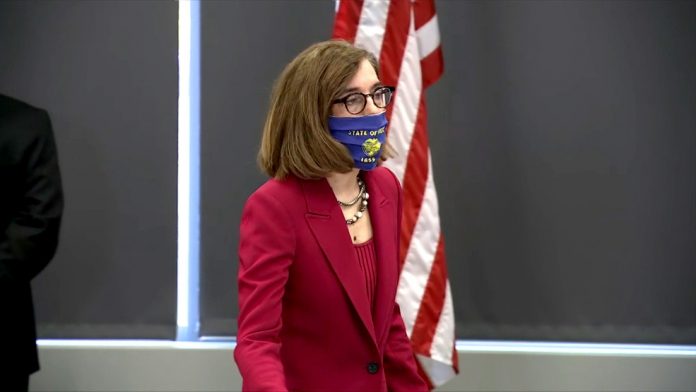 Combined, the vetoes will preserve over $65 million, improving the state’s ending balance to total $164.3 million in general funds and $16.7 million in lottery funds. In order to expedite an immediate relief package by the Legislature’s Emergency Board, the Governor has also requested that legislators reserve at least $150 million in the state’s emergency fund for upcoming requests relating to the fires.

“When it became apparent that COVID-19 disproportionately affected Black, Indigenous, People of Color, and Tribal communities in Oregon, the Legislature and I worked together to steer Coronavirus Relief Fund dollars to those communities,” said Governor Brown. “Now, we must work together to help Oregonians who have lost everything from these fires.”

“Until we understand the total impacts and costs, we must help Oregonians while being judicious with our funds,” added Governor Brown. “In light of the current wildfires state of emergency, which occurred after the adjournment of the Second Special Session, I am exercising my veto authority to ensure that state agencies fighting wildfires have necessary resources for responding to this emergency.”

Under Article 5, Section 15b of the Oregon Constitution the Governor must provide at least five days of notice before vetoing a bill. Governor Brown’s notice of her vetoes, issued September 14, is available here.

Under Article V, section 15a of the Oregon Constitution, the Governor is granted the “power to veto single items in appropriation bills . . . without thereby affecting any other provision of such bill.” Both Senate Bill 5723 and House Bill 4304 are appropriation bills.