PORTLAND AIR NATIONAL GUARD BASE, Ore. – Members of the 142nd Wing are deploying in support of efforts to contain and mitigate multiple wildland fires raging across the state of Oregon.

75 Airmen departed Portland Air National Guard Base, Ore. at 0900 today. They will be serving first in Echo Mountain, south of Salem, Ore., then dispersing to wherever they are needed.

Video/B-roll/imagery of recent operations and training:

https://www.dvidshub.net/video/766897/142nd-wing-airmen-support-oregon-wildfire-fighting
142nd Wing Citizen Airmen, leave to support the containment of wildfires that have erupted across the state Sept. 13, 2020, Portland, Oregon. This movement is a part of Operation Plan Smokey which makes Oregon National Guard troops available to the Oregon Department of Forestry to help with emergencies. (U.S. Air National Guard video by Staff Sgt. Sean Campbell)

More photos from this event can be found on the Portland Air National Guard DVIDS page.
https://www.dvidshub.net/unit/142WG

About the 142nd Wing

The Portland Air National Guard Base employs 1,400 Airmen who provide an economic impact of nearly $130 million to the region. The 142nd Wing defends our homeland with F-15 Eagle fighter jets, guarding the Pacific Northwest skies from northern California to the Canadian border, on 24-hour Aerospace Control Alert as part of Air Combat Command and the North American Aerospace Defense Command (NORAD). Their mission is to provide unequalled, mission-ready units to sustain combat aerospace superiority and peacetime tasking any time, any place in service to our nation, state and community. 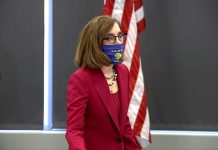 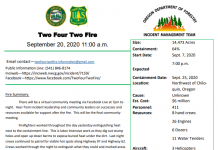 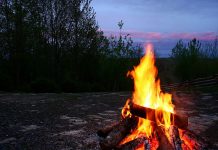 Governor Kate Brown Issues Vetoes to Preserve Over $65 Million for...